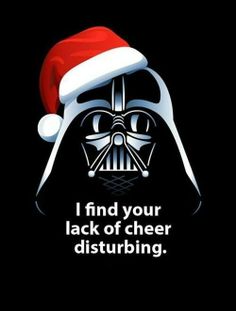 We did not give in to them for a moment, so that the truth of the gospel might remain with you. (Gal 2:5)

Houses are always going up for sale in my neighborhood, so when I first saw it, I assumed it was just another advertisement. But as I focused, I realized the color was wrong. White background. Big red letters that were empty and stretched at the ends of the s’s.

I stopped, stretched my neck forward and squinted.

Ok, now I was intrigued. I get Star Wars mania. I have grown up with the movies and am old enough to say I remember seeing each one when it was originally released in the theater. But who plants a sign in their yard celebrating the release of the new movie? This I had to see. So, instead of turning left to exit my neighborhood, I turned right. It was not until I was almost even with the sign that I realized, this was not an advertisement for the movie. It was an advertisement for a local church. It read:

The name of the church sat at the bottom of the sign.

“Ok,” I thought. “I think I get it. They are trying to draw an unreached group of people and bring them into the church by using a clever take on Star Wars to explain the Christmas message.”

But then I got to thinking. How, exactly, are they going to do this? Star Wars is based in panentheism, the belief that God or a “divine force” penetrates us all, connects us all, and evolves along with us all. Christianity is based in monotheism. For the church to have a “Star Wars Christmas” they are either going to have to modify the story of Star Wars to fit the Gospel, which will probably isolate and irritate the unreached people with whom they are trying to connect. Or they are going to have to rewrite the story of Christmas to fit Star Wars, which will produce misunderstanding among those weak in faith, or present heresy. Either way, I couldn’t see it working out well.

But before I judged I decided to get on their website. Below is a direct copy from their webpage describing a Star Wars Christmas

Get ready to experience Christmas unlike ever before:  Star Wars style. Each Sunday will be an amazing galactic adventure telling the Christmas story with unbelievable creativity.

You don’t want to miss this out-of-this-world adventure.

Aside from some well-done videos to attract people to this creative event at their church, there wasn’t much more description than this. I can only hope that the story of Christmas supercedes the Jedi training, hover boards, photo ops, and giveaways, but something in my spirit doubts it. \

Now don’t get me wrong. I am not against reaching the unreached, or being creative. Rather, I am for not giving in “so that the truth of the Gospel might remain with you.” We Christians must careful. Everything, including church, has a tendency to decline into disorder. In physics this is known as the principle of entropy. We can see this principle in thermodynamics as well as cultures, morality, and if we are not careful, doctrine.

False teaching abounds, even in today’s church, and many of us have imbibed these lessons without realizing their full impact on ourselves or others.  But we are urged in scripture not to give in to them for a moment. The question, then, is not, “How do I stand firm?”  It is “How am I giving in?”

Here are some common ways we slowly descend into disorder:

1) Fail to question what your teachers say.  If you do not compare their teaching with scripture, you will not know if they are right or wrong.

2) Refuse to be particular about language.  Remember, one’s terminology will often become one’s theology.  Misused participles, prepositions, or even conjunctions may convey an entirely different message than what scripture teaches.

3) Rely on your feelings.  A teaching may feel right but that does not make it true.

4) Stop praying for a clear understanding of scripture.

5) Rely on guidance from culture, rather than from God’s word. Remember, we are to be in the world, but not of the world.

6) Do not reflect in your actions what you say you believe in your heart.

Examine yourself.  Are there other ways you give in, even for only a moment?

If we do not stay true to the Gospel, if we cannot tell the story of Christmas without first covering it with the gravy of culture, then one day the following words will be used to describe our faith: